The animal world of the Plitvice Lakes National Park is diverse and rich thanks to the diversity and preservation of the habitats. The biological diversity with regard to fauna has not been fully researched. With 259 species established so far, vertebrates have been relatively well studied, except for small mammals (excluding bats). On the other hand, the fauna of invertebrates, although much more numerous, has been studied to a much lesser degree. Most of the studies centring on it were within the scope of limnological research (zooplankton, macrozoobenthos, microzoobenthos), since aquatic habitats are of primary importance in this area.

The studied groups (vertebrates and invertebrates) include a significant number of rare and endangered species listed in the Birds Directive (Directive 2009/147/EC), in the Directive on the conservation of natural habitats and of wild fauna and flora (Council Directive 92/43/EEC), in Appendix II of the Convention on the Conservation of European Wildlife and Natural Habitats (Bern Convention), as well as a significant number of endemic and strictly protected species (Rules on Strictly Protected Species, Official Gazette of the Republic of Croatia No 144/2013). This indicates how specific the area of the Park is.

The swamp blue Phengaris alcon alcon (Figure 1) is a critically endangered species (CR) of butterflies with the densest populations in the Park. The Park is also one of the rare and the best preserved areas in Croatia where this globally endangered species of butterflies is found. The large blue is a vulnerable species (VU), as listed in Appendix II of the Convention on the Conservation of European Wildlife and Natural Habitats (Bern Convention) and in Appendix IV of Directive 92/43/EEC on the conservation of natural habitats and of wild fauna and flora. 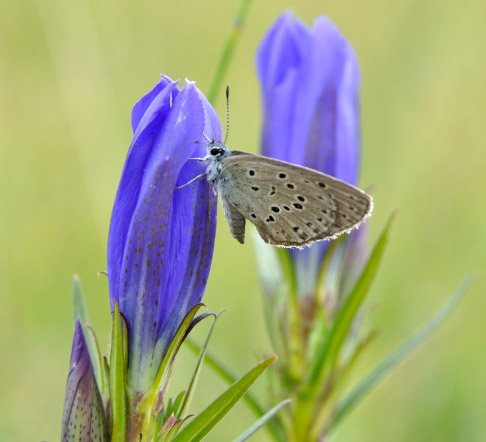 Caddisflies are an especially interesting group of insects with 89 species registered thus far. These include one endemic species, Drusus croaticus, and one endemic subspecies, Ryacophila dorsalis plitvicensis. As caddisflies, dragonflies are an interesting and special group of insects because of their life cycles that connect terrestrial and aquatic ecosystems. Furthermore, they are important bioindicators for aquatic ecosystems. They have not yet been systematically researched, and neither has a complete inventory of them been made. Of the endangered species that have been established so far (8), the brown hawker Aeshna grandis is especially interesting (Figure 3). They are categorised as EN. They can most commonly be found in the forest areas of the Park. They breed in tranquil waters rich in coastal vegetation (lakes, puddles, cut-off backwaters, etc.).

The ornate bluet Coenagrion ornatum is one of the Park’s Natura species. It inhabits small, sunlit, and shallow streams and slowly flowing canals. 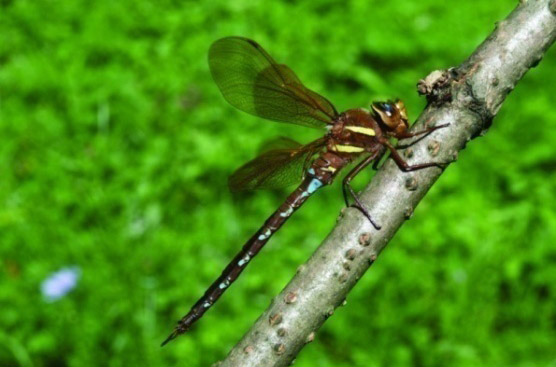 The ground beetles are an interesting group of insects due to their ecological characteristics. They can serve as indicators of the quality of a habitat. Twenty-nine species have been found in the Park either by research conducted so far or by accidental sightings.

Out of the seven saproxylic species of beetles listed in Appendix II and Appendix IV of the Habitats Directive, six NATURA 2000 species are found in the Plitvice Lakes National Park. For three species, the Park represents an SCI (Site of Community Importance) area. These are the hermit beetle Osmoderma eremita*(*priority species) and the longhorn beetles Morimus funereus and Rosalia alpina.

Preserved old-growth forests are an ideal habitat for these species. 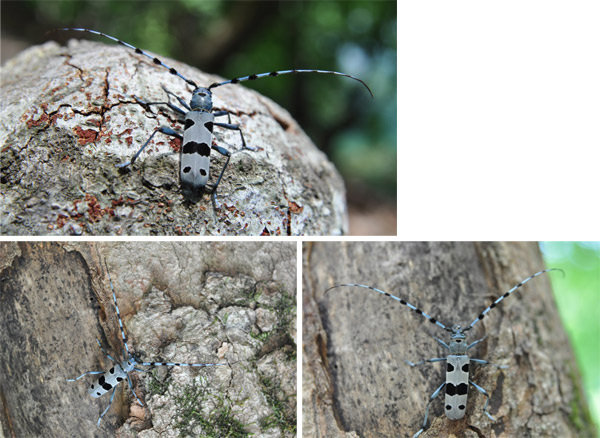 Among the common invertebrate inhabitants of aquatic ecosystem, which are of primary importance in the Park, are two endangered and strictly protected species of decapods: the European crayfish Astacus astacus and the stone crayfish Austropotamobius torrentium (Figure 5). The stone crayfish is also one of the Park’s Natura species. 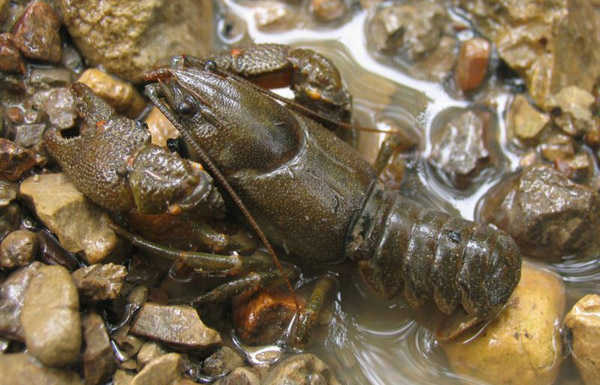 Vertebrates are also greatly varied. The features of the lakes and their tributaries are typical of trout-inhabited alpine waters. The structure of ichthyofauna was altered during the past due to re-stocking, accidental introduction, change in tropia, or due to some other factor (climate change, etc.). Nowadays, the brown trout Salmo trutta (Figure 6) is suppressed by the allochthonous populations of the chub Leuciscus cephalus, the common rudd Scardinius erythrophthalmus, and the northern pike Esox lucius. 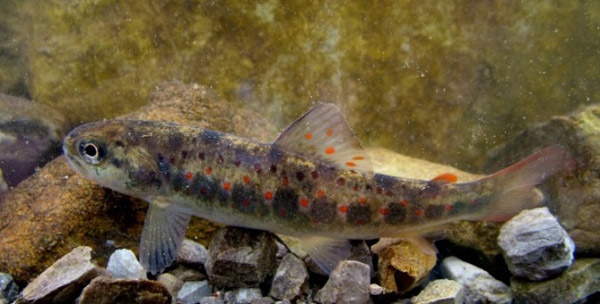 There are 14 species of amphibians and reptiles each. Six out of the 14 established species of amphibians are listed in Appendix II of the Convention on the Conservation of European Wildlife and Natural Habitats (Bern Convention) – BE2 and Appendix IV of Directive 92/43/EEC on the conservation of natural habitats and of wild fauna and flora – DS4. The presence of the alpine salamander Salamandra atra (Figure 7) and the Italian crested newt Triturus carnifex is especially interesting. Both species are characteristic for the Alps and the western Dinarides. Unfortunately, the presence of allochthonous species Pelophylax kurtmulleri originating from Albania and Greece was also confirmed. The monitoring and control of the expansion of allochthonous species, as well as of their effect on the populations of indigenous species, are among  priority tasks of the Park’s management. 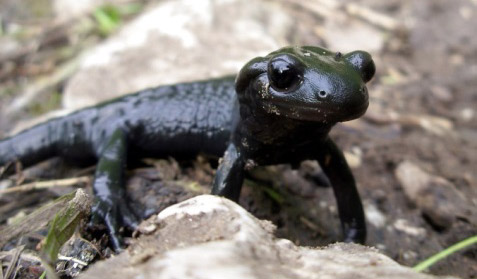 An interesting lizard to mention is the viviparous lizard Zootoca vivipara. The viviparous lizard is ovoviviparous (gives birth to live young) in most of the areas it inhabits. In some southernmost areas it reproduces oviparously (lays eggs). Horvath’s rock lizard Iberolacerta horvathi was also found in the Park. This species is distributed in a narrow belt stretching from the eastern Alps to the northern Dinarides, which also include Croatia. This makes its presence in the Park especially interesting.

Two out of three Croatian venomous snake species are found in the Park: the nose-horned viper Vipera ammodytes (Figure 8) and the common European viper Vipera berus. 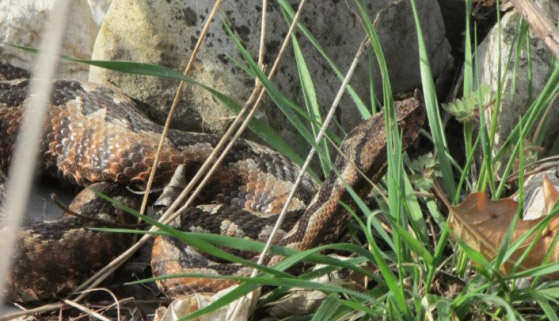 The ornithofauna of the Park is rich and diverse. There have been 168 species of birds found so far. Due to the preservation and the size of the forest habitats (around 76% of the surface), there is great diversity and abundance of species related to forest habitats. Groups of birds that stand out among forest species are woodpeckers, owls, raptors and tits, which are all indicators of the preservation and quality of forest habitats. Nine species of woodpeckers, twelve species of raptors and eight species of owls have been found. Half of the raptors and owls that nest in the Park are connected to the forest habitats, which make up 80% of the Park’s surface. The most numerous species in the Park are the common buzzard Buteo buteo, the Ural owl Strix uralensis (Figure 9) and the tawny owl Strix aluco. The populations of the common buzzard, the Eurasian pygmy owl Glaucidium passerinum and the boreal owl Aegolius funereus are especially significant. They make up 10%, 8% and 5%, respectively, of the total Croatian populations of those species. The density of the common buzzard populations (5.4 pairs per 10 km2) in beech-fir forests in the northwestern area of the Park is the greatest recorded density of this species in Croatia and among the greatest ones in Europe. 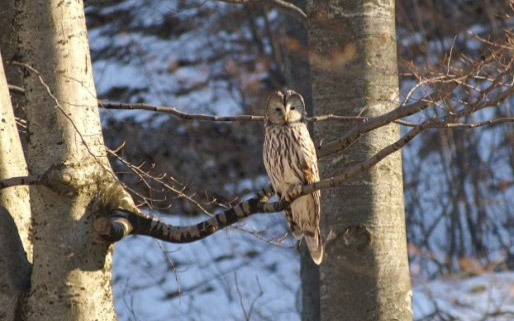 Grasslands make up 23% of the Park’s area. They are important for three species of nesting birds: the Montagu’s harrier Circus pygargus, the short-eared owl, and the corn crake Crex crex (Figure 10). The total population of the corn crake in the Park amounts to 40 to 60 singing males. Habitats that are especially important for this species are located in the southern area of the Park (Homoljačko and Brezovačko fields). A common nesting bird also found in that area is the Eurasian skylark Alauda arvensis. 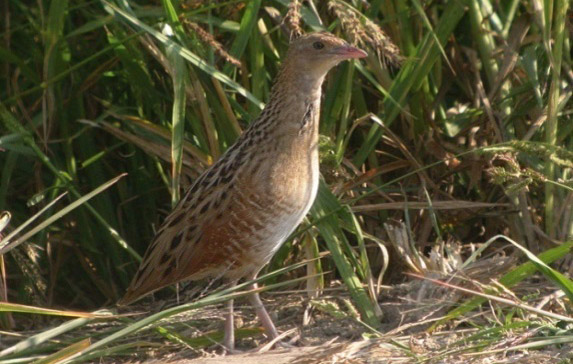 Out of all nesting birds, 37 are included on the list of endangered species (Rules on Strictly Protected Species, Official Gazette No 144/2013). One species is included in the critically endangered (CR) category – the European honey buzzard Pernis apivorus, a rare and scarce nesting bird in the Park. Six species are included in the vulnerable (VU) category: the Eurasian pygmy owl Glaucidium passerinum, the corn crake Crex crex, the black stork Ciconia nigra, the peregrine falcon Falco peregrinus, the common sandpiper Actitis hypoleucos, and the stock dove Columba oenas. Two species are included in the endangered (EN) category: the Montagu’s harrier Circus pygargus and the spotted crake Porzana porzana. The following species are included in the near-threatened (NT) category: the Eurasian eagle-owl Bubo bubo, the Ural owl Strix uralensis, the boreal owl Aegolius funereus, the common kingfisher Alcedo atthis, the three-toed woodpecker Picoides tridactylus, the icterine warbler Hippolais icterina, the willow warbler Phylloscopus trochilus, and the Eurasian hobby Falco subbuteo. Out of all nesting birds, 76 are listed in Appendix II of the Convention on the Conservation of European Wildlife and Natural Habitats (Bern Convention). 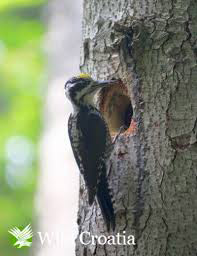 The white-throated dipper Cinclus cinclus (Figure 12) is especially interesting as an indicator of the quality of aquatic habitats, of clean (oligotrophic) water. This species can often be seen or heard close to lakes and streams. The rocky habitats of the Lower Lakes are home and nesting site to the Natura species peregrine falcon Falco peregrinus and Eurasian eagle-owl Bubo bubo. These habitats are also the home of rare species, such as the common raven Corvus corax. 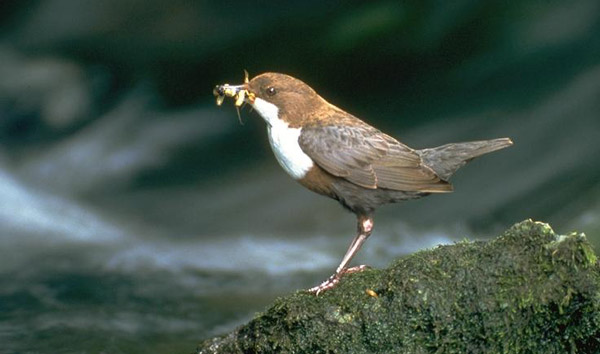 Over 50 species of mammals have also been found in the Park. Bats stand out due to their numbers and specificity (22 species).

All of the species of bats found in the Park are listed in the Directive on the conservation of natural habitats and of wild fauna and flora (Council Directive 92/43/EEC) and Appendix II of the Convention on the Conservation of European Wildlife and Natural Habitats (Bern Convention). They are also a strictly protected species in Croatia. The barbastelle Barbastella barbastellus, the common bent-wing bat Miniopterus schreibersi, the long-fingered bat Myotis capaccinii (Figure 13), the greater mouse-eared bat Myotis myotis, the Mediterranean horseshoe bat Rhinolophus euryale, and the greater horseshoe bat Rhinolophus ferrumequinum are the Park’s Natura species. 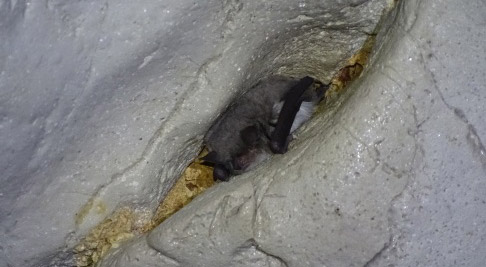 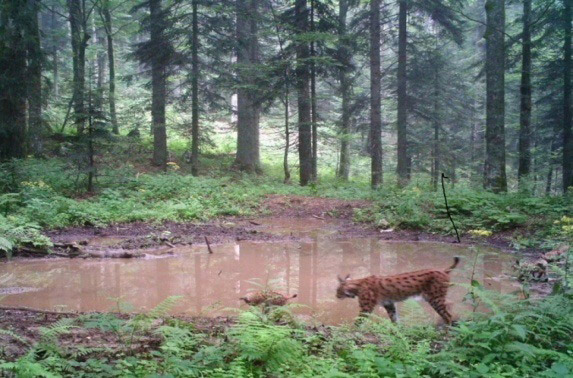