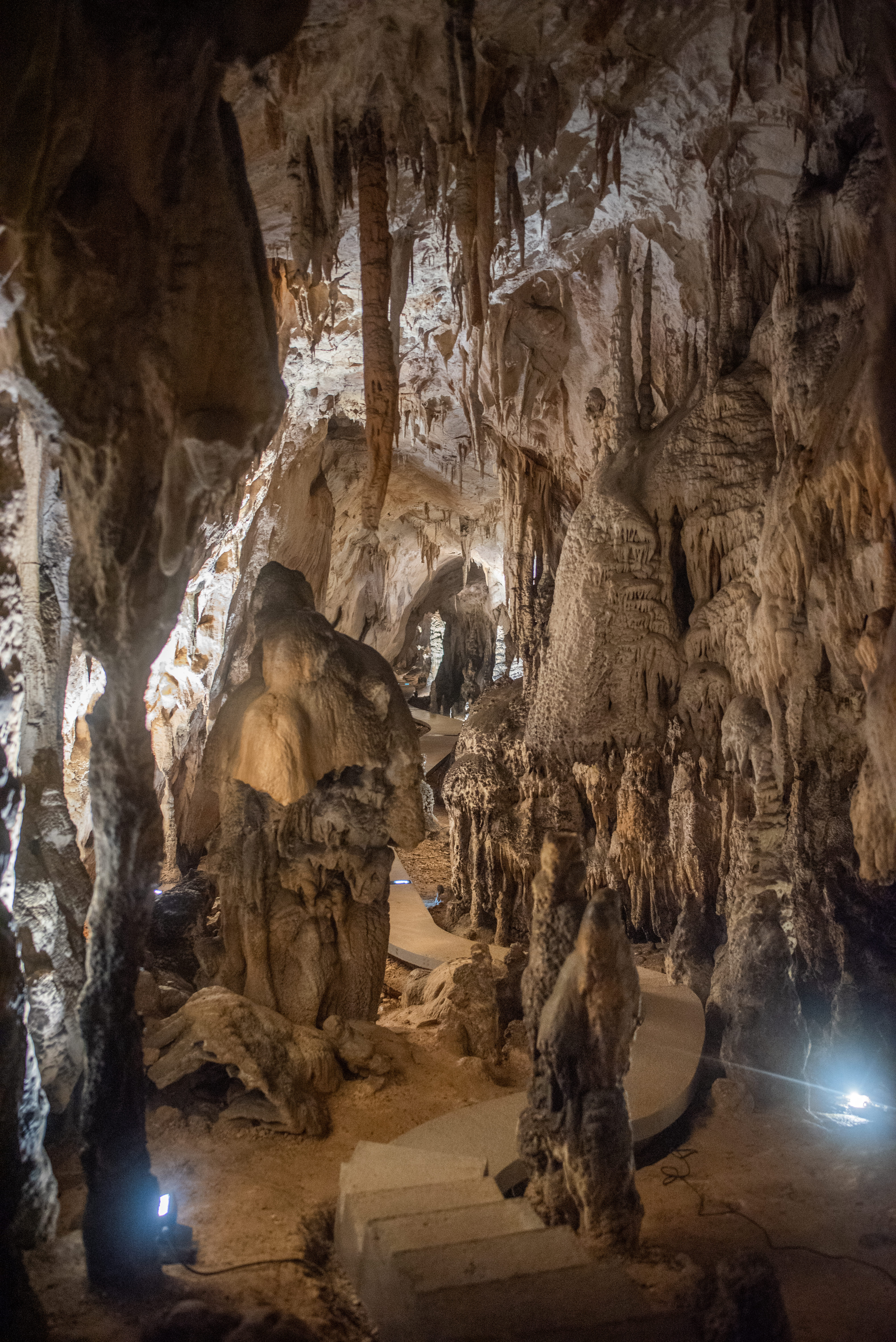 With the completion of the “Cerovac Caves Center of Excellence” project, these caves were reopened to visitors on July 1 of this year.

The Cerovac Caves, situated in the south part of the “Velebit” Nature park, is one of the most famous and significant speleological objects in Croatia.  They are located just 4 km from Gračac, in the direction of Knin. The complex consists of 3 caves (Lower, Middle and Upper) with over 7 km of explored canals. The first 700 m of Lower and Upper caves have been arranged for tourist visits.

The caves were discovered in 1913 during route surveys and the construction of the Zagreb – Split railroad. Nikola Turkalj, one of the lead engineers and builders of the Lika railroad, was the one who discovered the caves and initiated their protection. The caves were named after the closest train station – Cerovac. The Upper cave is located above the railroad, at an altitude of 671 m, while the Lower cave is located below the railway at an altitude of 624 m.

Due to their unique natural beauty and numerous findings from the past, these caves were protected as a geomorphological natural monument in 1961.

Alongside numerous archaeological remains from the Iron Age (fragments of ceramic vessels, utility items made of bronze, bone and stone), a fossil human bone, bone awls and a flint scraper were also discovered in the caves in the Paleolithic Hunter Hall, which testify to the presence of man since the Early Paleolithic.

These caves are also one of the largest cave bear sites in Croatia. Therefore, here you can still see traces of bears “grinding” on the rocks created by the bears’ movement along the cave walls. Cave bear remains make up almost 99% of the paleontological findings in the Cerovac Caves, while the other remains are connected to brown bears, cave lions, horses, deer, chamois and martens.

With its constant dripping, water continues the thousands-year-old process of speleothem formation. Stalagmites, stalactites, columns… they appear in various forms and the only limit is our imagination. Walking through the Cerovac Caves, you will come across “Kameni svatovi”, “Djed Mraz” (“Santa Claus”), “Gospa” (“Our Lady”), “Regoč”… What secrets does the Paleolithic Hunter Hall hold? Is there a treasure hidden in the Crystal Hall? Those are only some of the questions waiting to be answered. Come and find out the answers!

The temperature in the caves ranges between 5 and 8 °C throughout the year, so we recommend warm clothes and comfortable shoes. Visits to the caves must be accompanied by a guide (included in the ticket price). Tour duration for both caves: 3 hours.

Visit Cerovac Caves until August 31, 2022, show your Plitvice Lakes National Park ticket and get a 15% discount on their ticket.