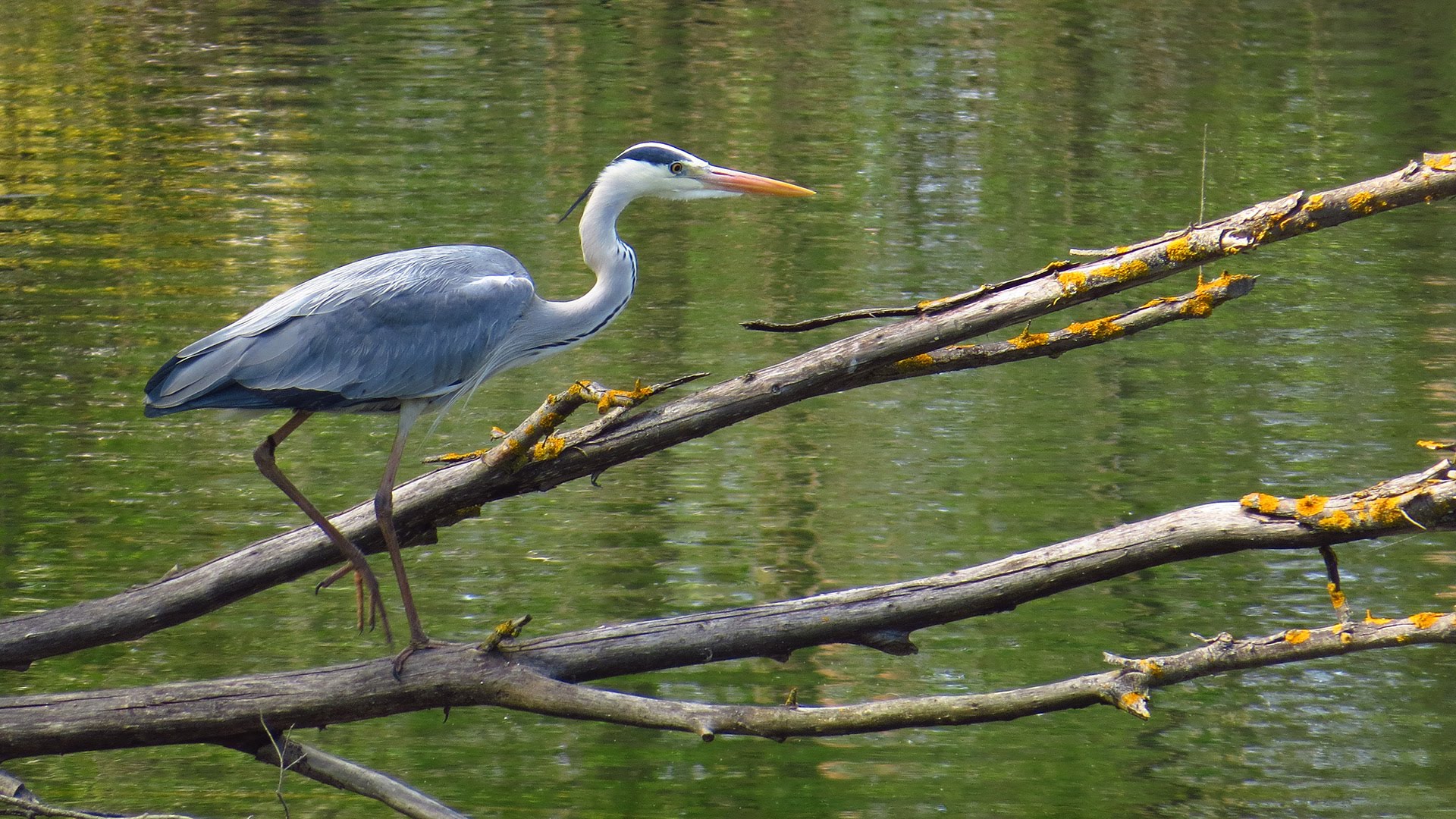 At the shores of Rječica Stream, we observed Grey heron (Ardea cinerea), a bird species that is present in the Plitvice Lakes National Park and can be seen near the lakes as well as near the streams. In the area of the national park, there are around 168 species of birds, but significant species richness is noted for the forest habitat, which covers the largest part of the Park`s surface.

Grey heron is a bird from family Ardeidae, which mainly inhabit temperate and tropical regions of the world. Birds similar to contemporary species of genera Ardea first occur 7 million years ago. Grey heron is considered to be the largest European heron, with 84 to 102 cm in length and with the wingspan from 155 to 175 cm. Characteristic habitats of this species are lake`s shores, rivers, reeds, wet habitats, fishponds, and also dry or wet grasslands distant from water. Herons feed with fish, crayfish, amphibians, lizards, insects, and small mammals and birds. They are not swimming, therefore they are catching food by either standing still in water and waiting for the pray or prior to that, walking slowly and “stalking” the pray. Sometimes they are walking fast, causing their pray to be disturbed, and then caught by piercing with the beak.

In Croatia, there are 9 bird species from the family Ardeidae, and grey heron is the most abundant with positive, increasing population trend. It is not strictly protected species, but the threat to the survival is in the loss of wet habitats through river channelling or draining of wetlands. Protected areas with freshwater ecosystems like Plitvice Lakes National Park definitely represent favourable habitat with positive conditions for the conservation of Grey heron.