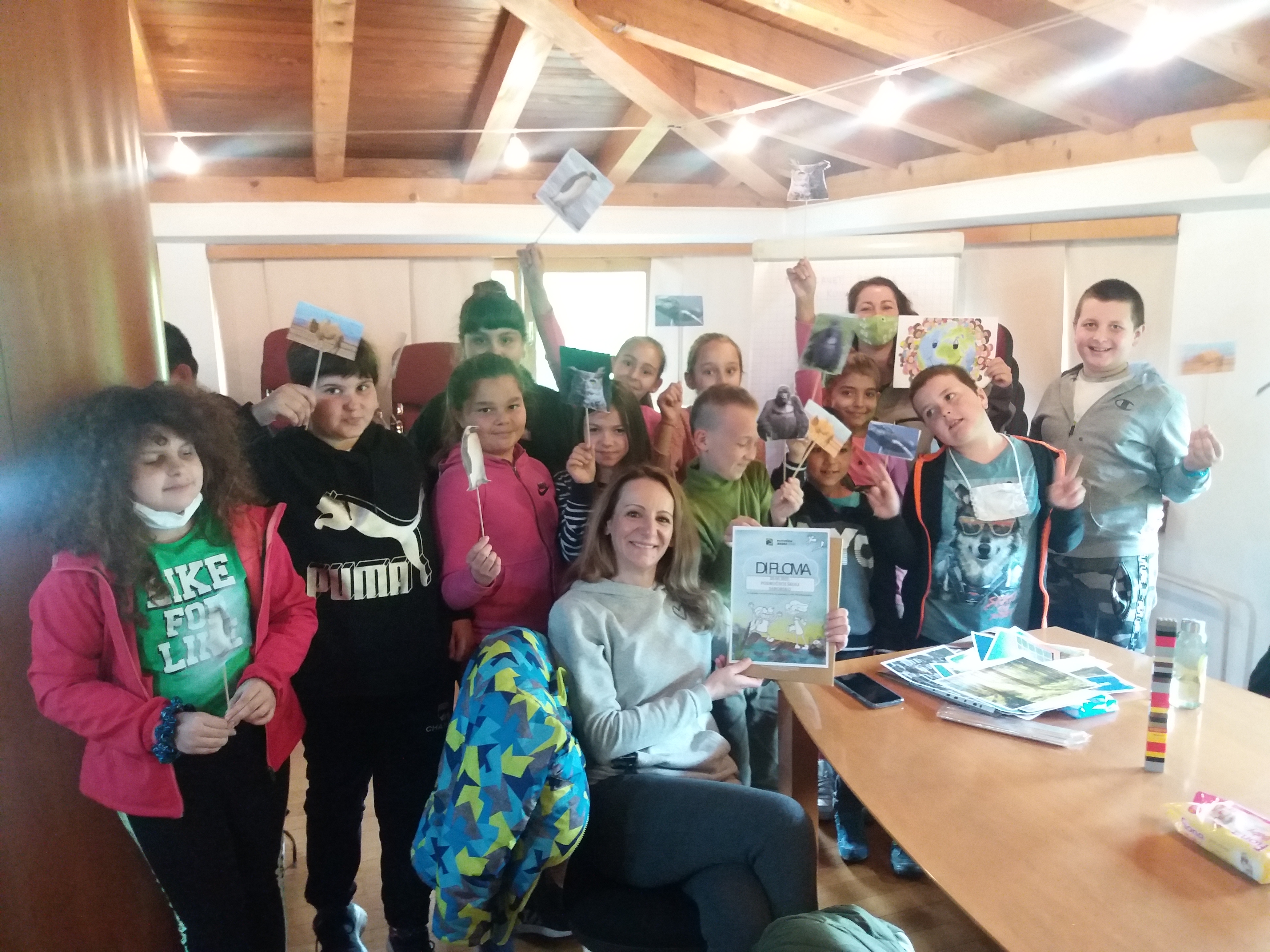 We are all aware of the fact that climate change became our reality and that it affects natural world as well as humanity. However, are we aware that the impact of climate change should also be explained to children? Of course, in a way that will be fun and entertaining, but with the messages which children could take away and be ambassadors of healthier planet. With the purpose of holding an educational workshop on climate change designed in the Plitvice Lakes National Park, we engaged children from local Elementary school “Saborsko”, pupils from 1st to 4th grade and presented the topic on climate change, appropriate to their age. First, they learned how to differentiate weather and climate, what ecosystems are present on our planet, while also cutting out of paper and gluing on the sticks the animals like whales, penguins, camels, gorillas and owls, and the children knew very thoroughly were those animals live, how they move, feed and what sounds they produce. With that exercise we also discussed what will happen to those animals if their living space i.e., habitat changes. The experiment with ice melting was probably the most interesting part of the workshop in which the children had the opportunity to see what is happening to an “ecosystem” in which the ice is melting while using simple objects to demonstrate the experiment: rocks presenting the land, Lego figurines as people, different animals, and ice representing the icebergs. Our artificially made “ecosystem” was heated with a lamp until the workshop was finished, and at the beginning and the end of the experiment, children measured the water level in a container. At the end, they could see for themselves how one penguin and one polar bear finished in the water, because their iceberg melted and they had to be moved on new one in order to “survive”. The focus of the workshop was also on greenhouse gasses, small “spheres” in our atmosphere with increasing amount due to intensive use of the fossil fuels (through presented pictures they could see how fossil fuels are formed and used for). In the end, children acquired exceptionally which sources of energy are desirable (renewable sources of energy), and which are not, but they were already aware and conscious of the need for fresh and clean air, to protect the environment through recycling, preserve forest from fires and tree cutting, and in general, for sustainability.

We really want them to become the ambassadors in protection of our planet, hoping that the sustainable development will be reached in their future in order to mitigate climate change and decrease the temperature on Earth.