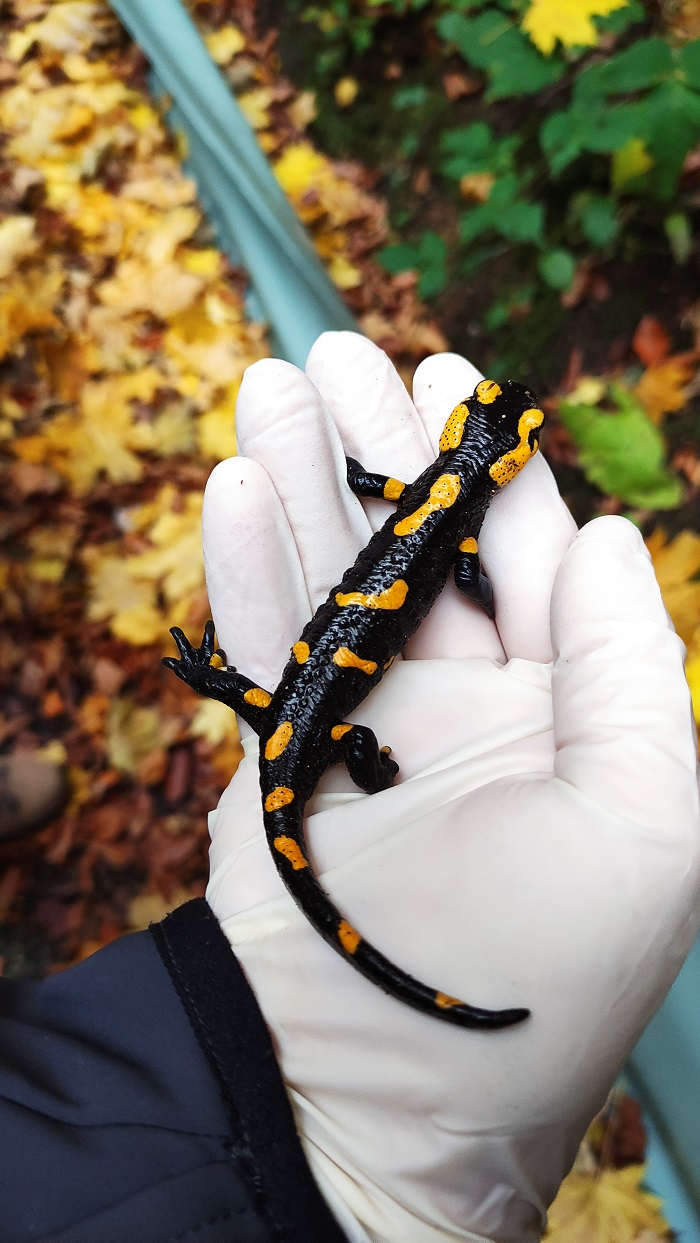 In the Plitvice Lakes National Park, Park employees launched a pilot monitoring of captured amphibians (frogs and salamanders) in early October. This small project involved the installation of a fence along the main road of panoramic vehicles in the length of 100 m, behind which were hunting vessels. Monitoring was carried out during the month of October, which in addition to September is considered the autumn period of the second annual movement of amphibians, and a total of 10 amphibians were found in regular passages! But what does that actually mean? Amphibians, among which the most common were specimens of the salamander ( Salamandra salamandra ), were caught in vessels and then manually transported across the road in the direction of the lake system.

Monitoring was carried out during the morning hours, which includes the daily movement of amphibians in favorable weather conditions. With this activity, we saved individuals from possible accidents on the road, and the monitoring itself is an excellent test and preparation for the spring of 2022. years. The spring period is also the main time of migration when animals from terrestrial habitats in which they rested, move to aquatic habitats in which they breed. In the spring, the number of monitoring locations along the entire road will increase, which will include other places where previous research has recorded frequent amphibian deaths. Of course, the entire monitoring aims to save individuals from accidents on the road, but also to collect enough data that will be the basis for finding permanent solutions for the safe passage of amphibians across the road of panoramic vehicles.