This timid and hard-to-see animal is the largest European marten and belongs to the rank of carnivores. Otter is land animal that perfectly adapted itself to life in and by the water, so we consider it the best swimmer of all land carnivores.

Its dense and watertight fur coat, swiming toes on the feet, the fatty layer beneath the skin, a strong muscular tail are just some of the adjustments that ensure it easy and long-lasting stay in the water.

It is a big predator, predominantly fed by fish, but also by other species such as amphibians, crabs, birds, small mammals and insects.

It is very difficult to see it in nature. It is active at night and at the first sign of danger lies in dense coastal vegetation or in its shelters in or along the coast. Her presence will be most easily observed by looking for signs along the shore, such as traces in mud or snow in winter or feces and gelatinous intensive scent that serves males for marking territories (they are very territorial animals).

The area of ​ Plitvice Lakes Nationa Park is an ideal place for an undisturbed life of this species. It’s not uncommon in the early morning to see her swim in the lakes in search of a prey. In elegant floating leaves U-shaped wave and above the water showing only her eyes and nose. (Figures 1, 2 and 3 Otter – Gradinsko jezero, Photo: Association Biom). 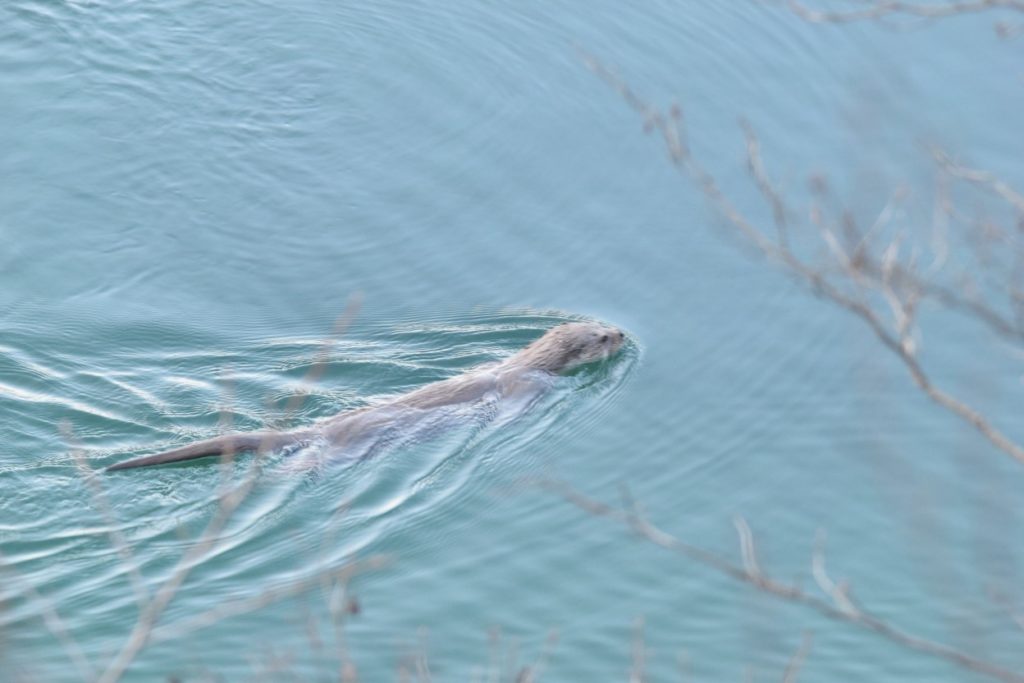 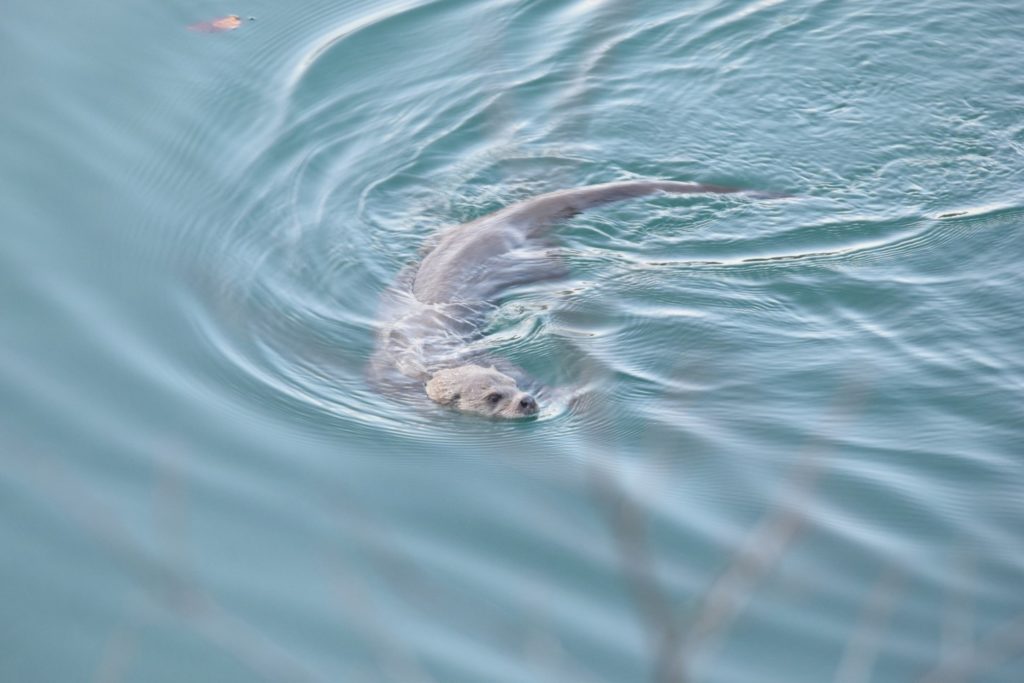 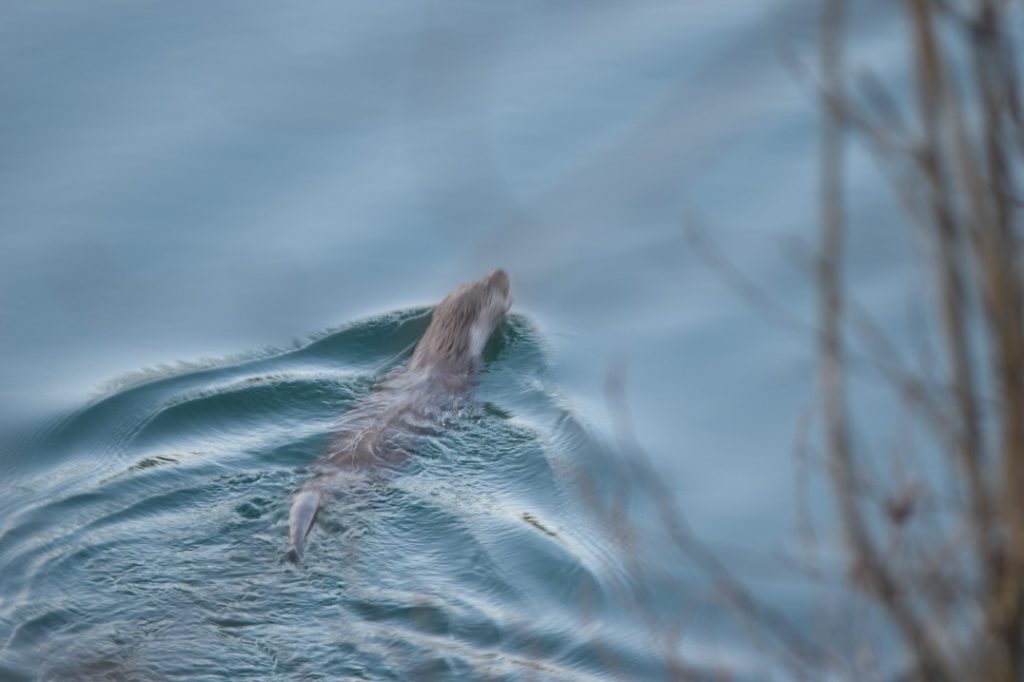 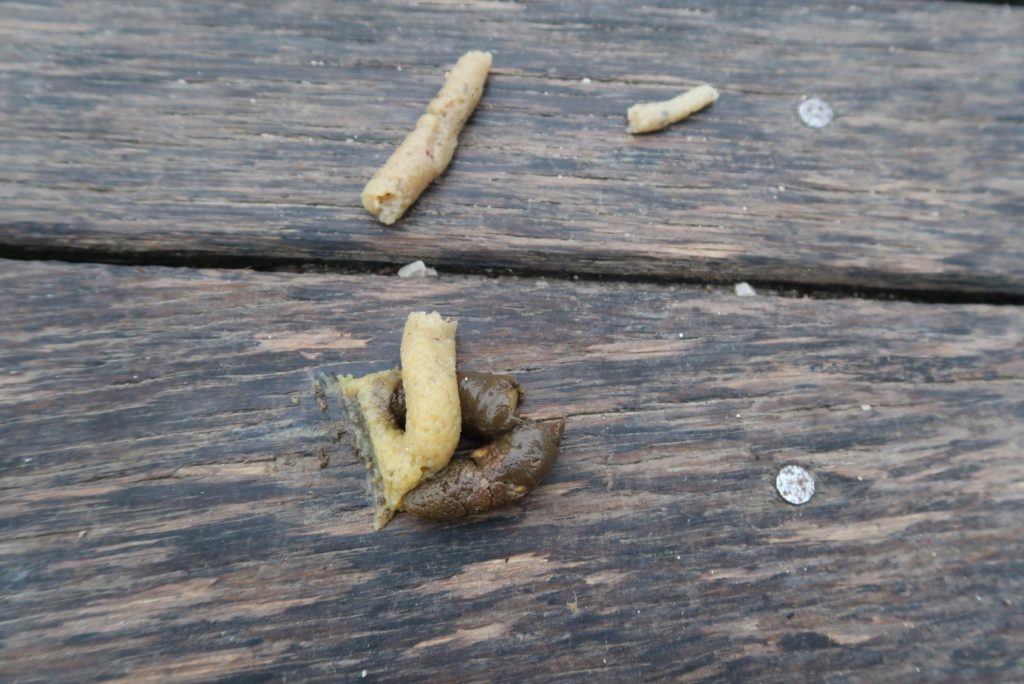